Have you yet seen the new television series Barmageddon?  It’s the one where two very different types of bars – yes, the drinking kind – switch owners for a period of time to see if they can “improve” the other bar.  For example, a raunchy, beer drinking bar’s owner goes to the uptown, cocktail bar and tries to “improve” it; and the owner of the upscale, uptown bar goes to the raunchy one and tries to do the same.  I hated it.  And I’ve only seen it once. 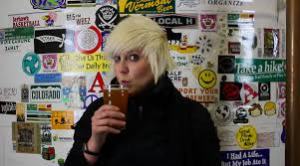 Here are two so-called “leaders” – owners of their companies – making recommendations from their perspective for improving the staff, the service and the theme of the other bar.  What I noticed right away was each owner’s ignorance or passing over of the culture of each establishment.  The raunchy bar owner wanted to install a dance pole – yes, like one used in so-called gentlemen’s clubs – and a spinning game that would result in a free drink or a joke or time on the pole, as a way of engaging bar patrons.  The up-town bar owner suggested having a specialty cocktail with higher price for the mostly beer drinkers, a uniform of a black shirt to cover the waitresses’ skimpy outfits, and better training for the bartenders in order to conserve liquor that was often poured lavishly or drunk by the waitresses!

Also the raunchy bar waitresses resisted the black shirts because they said “showing more skin brings me more money at the end of the night.”  The upscale bar manager resisted the dance pole and a swing above the bar, saying “this is pathetic; this is NOT what this bar is about.  Our patrons will hate it.”

The competition was set to determine which bar would bring in the most money over one night, incorporating the new suggestions.

Want to guess who won and why?  Tune in next time to find out or SEND me your thoughts on what happens or should happen.  It’s not so different from what happens in your own business.