Home / All Blog Posts / Leadership Tip #4: Back it up, Check it out

Leadership Tip #4: Back it up, Check it out 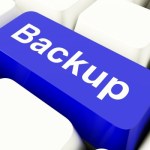 Last week my computer was giving me hell! Pages that I wasn’t looking for showed up; those that I wanted made a brief appearance and then went the way of UFO’s as far as I can tell. The program wasn’t cooperating and I had no idea what to do next except shut it down. Of course I lost what I was working on, but I could start over again.

The latest Roundtable Speaker, Nan Plummer, CEO of Lexarts, actually addressed this issue in her presentation: “When something goes wrong,” she said, “check what you did last.” I started to review what I had done to confuse my computer and realized I had nine documents open at the same time, and somewhere in my brain, I remember hearing from the tech guy: “there’s a limit on how many docs can be open at the same time.” So, I should have shut down half of them (at least) and worked on the two or three I needed. Simple.

Now, I wonder if this transfers over to real life? If something is going wrong between me and another person, I should pause, back up and think of how this trouble got started. At least that may give both of us a chance to start over. Nan also said, “sometimes something is better than nothing.

p.s. If you read the last leadership tip on bar culture, the raunchy bar took in 15% more than usual and the uptown one, only 9%. Looks like the uptown bar’s effort to engage patrons didn’t win them over.